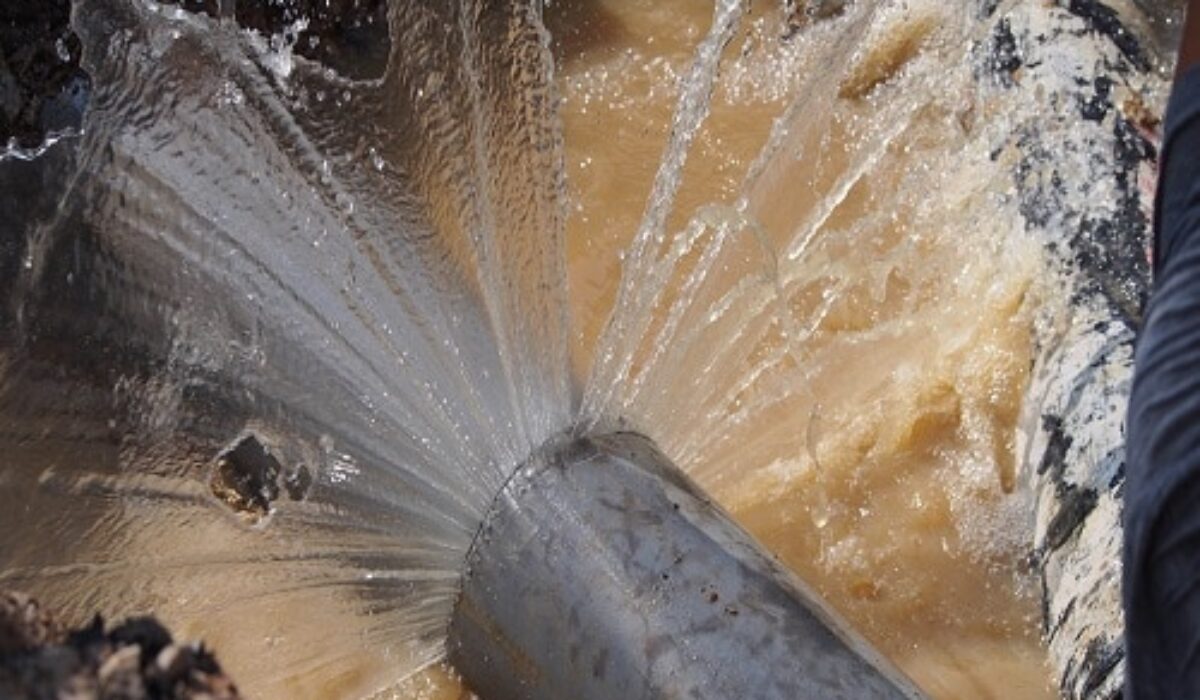 You’ve probably seen pictures of houses being flooded by extreme weather. It’s not just in the places that you would expect, such as by the sea or a river. Flooding can occur when the drainage is wrong, allowing water to go to the house instead of away. Or, it can be the result of a burst pipe.

There are two common ways in which a pipe can burst:

In cold weather, it’s possible for the water in a pipe to freeze. In effect, the liquid in your pipes is turning into a solid. When this happens the solid requires more space than the liquid, it expands. Of course, being contained in a pipe it has nowhere to go.

The result is excess pressure on the wall of the pipe, which could result in it bursting.

The second option is when your plumbing is old. Over time even the best plumbing will start to corrode. This creates weak spots in the pipes and especially in joints. When the corrosion gets too much or sometimes under sudden pressure changes, the weak spot will split, allowing the water out and into your house.

If you experience a burst pipe you need to shut the water off and call an emergency plumber Sydney as quickly as possible.

How The Burst Causes So Much Damage

It’s easy to think if a pipe bursts then you know where the main valve is, you’ll simply shut it off and protect your home. But, what if it happens at night when you’re at work, or worse, when you’re on holiday? The water can pour out of the pipes for hours, filling your home with water and giving you an expensive water bill.

It’s even possible that the pipe could burst inside a wall and you may not know about it straight away.

This water will then soak your floor, ruining the flooring and anything sitting on the floor. It is also likely to destroy anything you have stored in boxes as the cardboard will get wet and ruin what is inside.

Furniture that gets wet can be dried. But, it is usually stained forever and is more likely to need replacing.

It’s at this point you’ll be glad you have insurance because repairing this level of damage can be a considerable cost.

The best way to reduce the risk of a pipe bursting is to make sure they are insulated, effectively protecting them against cold weather. You should also have your plumber inspect your system annually. They’ll spot signs of corrosion and other issues, helping you deal with them before they cause your house to flood.

There are no guarantees regarding the pipes, it is possible for any joint to start leaking This is especially true if the pressure moves up and down in your system. However, in most cases, you’ll have a warning as the joint will start to weep before it fails completely. For this reason, it’s a good idea to regularly inspect the pipes yourself. This will help you to spot an issue before you have water pouring across your freshly decorated home.